Sometimes things that seem so obvious aren’t. Earlier this week, I was trying to be cool and add a new network printer to a number of computers using a basic script. After a number of attempts at a test work station, I finally found a solution that I thought worked well. However, when attempting to remove some of my earlier failed attempts at adding the printer I encountered the following error ‘Printer connection cannot be removed. Operation could not be completed.’

What do you mean printer connection cannot be removed? I am the Administrator and therefore though shalt be removed.

Well apparently, the easiest way to resolve this problem is to:

Sometimes you wonder, are we all webmasters living lives as webslaves?

Go SEPTA! They’ve just launched SEPTA Train ViewÂ -Â a page that shows the status report for all Regional Rail trains on the system.Â There are a number of limitations and using the train number can be rather confusing, but this is definitely a great step in the right direction of improving SEPTA online services.

March has officially become Zambia awareness month. First, the country is in the news because of the Vulture Fund, then during my trip to California last month I came across the Terranova Coffee blend being sold in Starbucks. Thanks to a friend I was able to capture the Zambia Terranova Estate cover shot and even though I’m not one to promote Starbucks, this month certain Starbucks locations are featuring the Zambia Terranova Estate coffee beans as a Black Apron exclusive. According to the website, Starbucks actually pays tribute to the farmers of Black Apron Exclusives blends through cash awards and also by funding projects that support the community, environment and coffee sustainability. 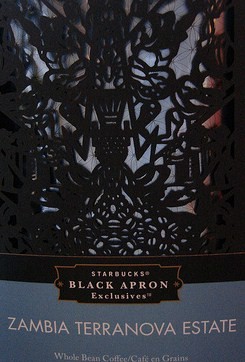 Earlier last month I was having trouble with certainÂ websites such as YouTube or MSN Soapbox. It appeared as if the site failed to detect that the Adobe Flash player was installed whereas other sites such as the Adobe Flash Player installation page would detect the correct version of the player and even display the Flash movie. According to an Adobe TechNote, this could happen due to an incomplete installation of Flash Player.

If you’re experiencing a similar problem, try the following:

The Fox School of Business has been maintaining an excellent blog titled Alter Hall Blog primarily focusing on construction updates for the new Alter Hall. This week they’re also running a contest to anyone who posts a comment on the best description of a construction term called ‘waler’.

I think the blog and contest are great ideas on reaching the community (students and alumni) and the contest an even better way to continue to attract new visitors to the site.

In case you’re looking for help with the contest, try attending the Contractor School.