I had just read Long Zheng’s blog about Interactive Office 2007 advertising on MSNÂ when I stumbled across a Nissan advertisment in Windows Live Maps. 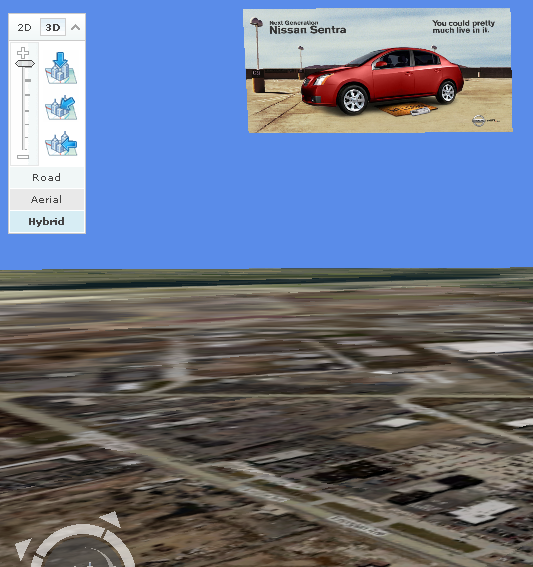 The billboard in the map links directly to the 2007 Nissan Sentra site which is pretty cool and quite surprising since I wasn’t aware of Microsoft adCenter allowing clients to advertise directly onÂ  Windows Live Maps. The Virtual Earth/ Live Maps blog has discussed advertising from the sky and how oblique imagery lets you peek at the rooftop, billboard and roadside advertising but hasn’t mentioned anything related to advertising on the site. Either way, a lot of nice stuff has started showing up on various Live properties and is slowly paving way for what will hopefully be an exciting Mix 2007.